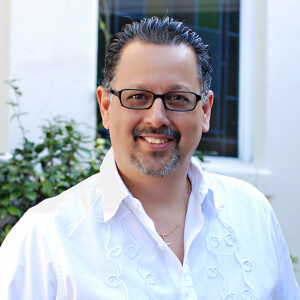 Jorge Acevedo loves Jesus Christ and his Church. Touched by the grace of God at seventeen, he was never the same. Rescued from a life of addictions, his greatest delight is connecting people to Jesus and the Church.

Jorge is a 1984 graduate of Asbury College where he received a Bachelor of Arts Degree majoring in Bible. He is also a graduate of Asbury Theological Seminary with a Master of Divinity Degree. Jorge was ordained as a Deacon in the Florida Conference of the United Methodist Church in May 1986, and an Elder in May 1990.

Jorge was the 2001 recipient of the Denman Evangelism Award from the Florida Annual Conference of the United Methodist Church given to a pastor for excellence in evangelism. In 2007, He was named the Distinguished Alumni of the Year at Asbury Theological Seminary. In 2009, the Foundation for Evangelism named Jorge the 2009 Distinguished Evangelist of the United Methodist Church. He was a 1996, 2000, 2004, 2008 and 2012 delegate to the Jurisdictional Conference and a 2000, 2004, 2008 and 2012 delegate to the General Conference. Jorge serves on the Southeastern Jurisdiction and Florida Conference Episcopal Committees.

Born in Puerto Rico, Jorge at the age of four months, moved with his family to the United States where he was raised. Jorge is married to Cheryl Montgomery. Their oldest son, Daniel is married to Courtney who gave them four beautiful grandchildren, Mia, Levi, Seth and Zoe. They also have a younger son, Nathan.